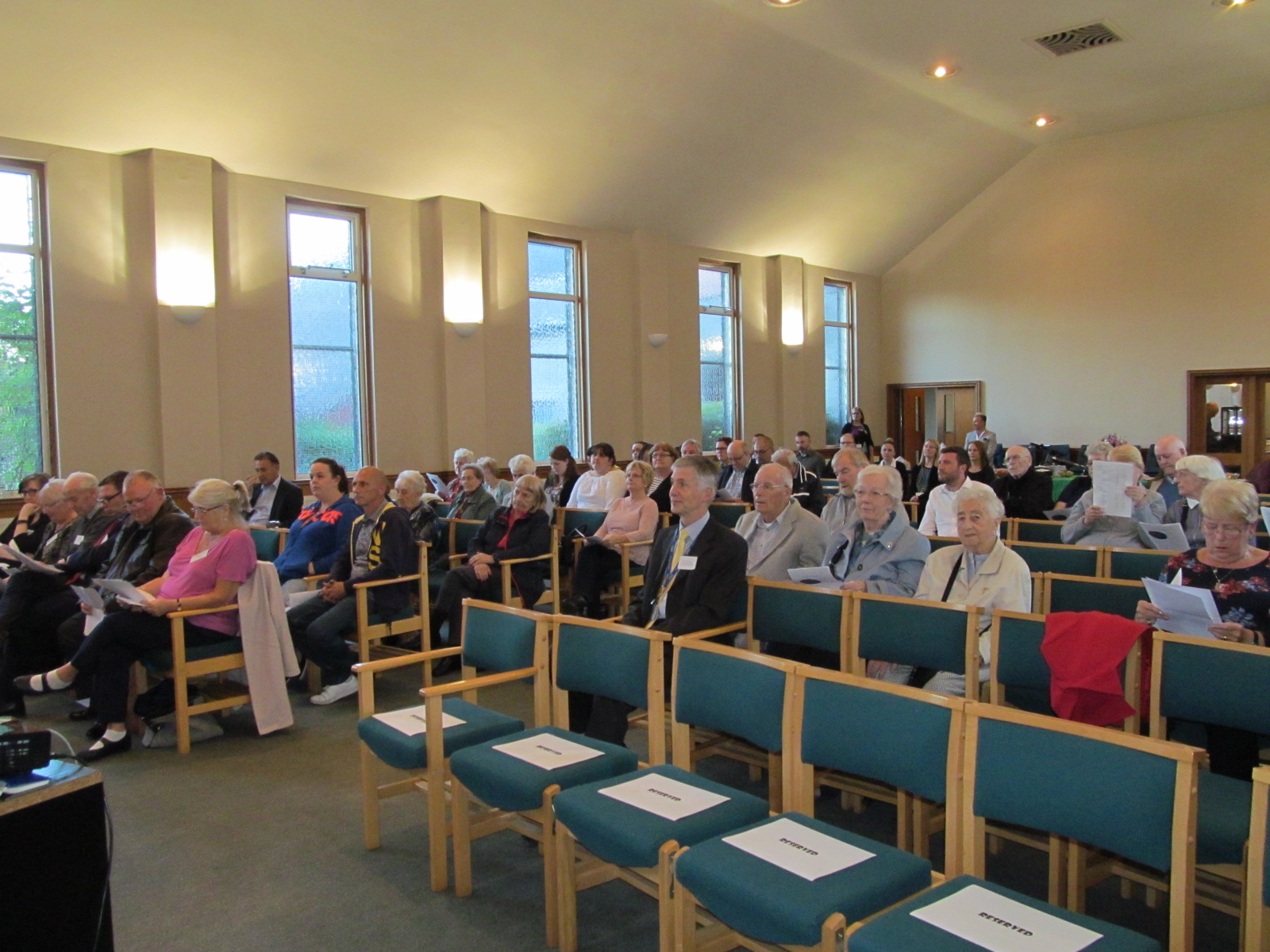 The formal business included the report from the Chair and a presentation of Annual Accounts. In accordance with the rules, five Committee Members were required to stand down and four were re-elected. We were sad to say farewell to Shaun Crosby who resigned and Ian Mathers who decided not to stand for re-election after being a stalwart member of the Committee for 9 years. Details of current Committee Members can be found here. We still have vacancies for Management Committee members, so if you are interested in becoming a member, or would like to come along to our committee meetings as an observer, then please contact our Chief Executive, Ian Thomson, on 01382 903545.

After the formal proceedings Dorothy Taylor, Chair, presented prizes to our Garden Competition winners. We had two categories of Best Garden and Best Balcony and offered a first place and second place prize for each. Mr McIntosh of Finella Terrace won the Garden Competition with Mr Dunn of Gordon Street taking second place. Mr Sturrock of Fintryside won the Best Balcony while Mr Gasperovics and Mrs Gasperovica came second. Thanks go to QAPM, who donated the prizes.

We were then enthralled by Peter Nurick, the Communities Producer for the V&A Museum of Design Dundee, who had everyone present enthused about the Museum and what it will offer to the local community. After Peter’s presentation and while guests enjoyed the legendary buffet the entertainment continued with musician and singer Tommy McPhee. Tommy sang a medley of songs as he played the piano including some very well-known songs which had everyone tapping their feet and clapping their hands.